Transistors can now process and store and process information

These devices are extensively used as switching components in almost all electronic devices. A transistor and a high performing memory technology such as RAM is used in a computer chip for processing and storing the information. But until today, they cannot be combined together or placed nearer to one another because the memory units are made from Ferroelectric material and the transistors are made from silicon, a semiconductor material.

The Engineers of Purdue University have developed a way to make transistors store information. This was achieved by solving the problem of combining the transistor with the Ferroelectric RAM. This combination was not possible earlier due to problems that occurred during the interface of silicon and Ferroelectric material, hence the RAM always operates as a separate unit which limits the potential to make computing much more efficient. 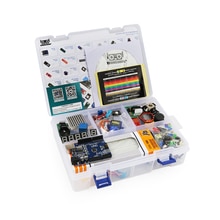 AliExpress.com Product – 2019 The Most cost-effective DIY Project Starter Electronic DIY Kit With Tutorial Compatible with Arduino IDE UNO R3 CH340
A team led by Peide Ye, the Richard J. and Mary Jo Schwartz Professor of Electrical and Computer Engineering at Purdue overcome the issue by using a semiconductor with a Ferroelectric property so that both the devices are Ferroelectric in nature and they can be easily used together. The new semiconductor device was called the Ferroelectric Semiconductor Field Effect Transistor.